Isabel Martin is a 1.0 point Australian wheelchair basketball player who made her Paralympic debut with the Aussie Gliders in the 2020 Tokyo Paralympics.

GESAC was lucky enough to have Isabel as a special guest at our Paralympic Sports day in April.

“I couldn’t care less about sports when I was younger,” are words not many would expect to hear from any athlete.

It’s evident that sport is firmly front of mind for Isabel Martin these days, who recently returned from her first Paralympic campaign in Tokyo.

Martin maintains an upbeat attitude and carries a smile with her everywhere she goes.

“I’m grateful for the way things are… I am lucky enough to have good family and friends and I like to focus on the things that I do have,” she said.

A surgery to remove a benign tumour in her spinal cord left Martin as a paraplegic at just eight months old.

Being unable to walk is all she ever knew, and it didn’t stop her from going through the highs and lows of any ordinary kid.

“You kind of just get on with it,” she said. 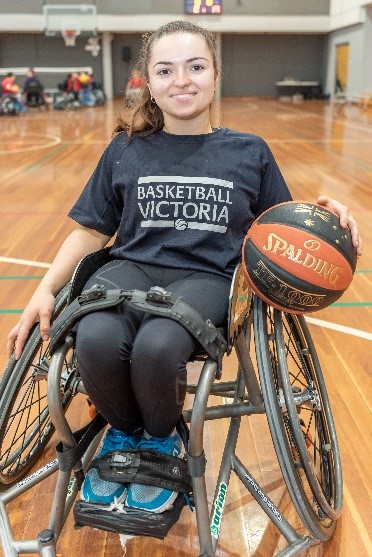 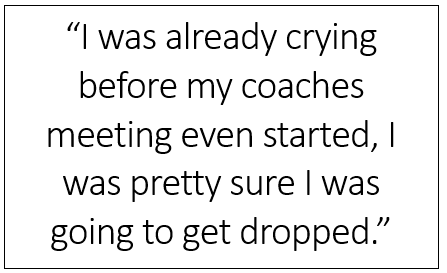 “I didn’t really realise the extent of it in primary school and then high school there were signs in terms of a lot changing and putting pressure on yourself to fit in.”

As a wide eyed 10-year-old, Martin and her family flew to the sunny state of California in an effort for her to gain strength and mobility through Project Walk.

“I was doing a lot of rehab which was pretty intense,” she said.

“But for a ten-year-old to get to go to America for a month instead of school and go to Disneyland was pretty cool.”

“I definitely made some improvements through those programs and gained some mobility, so I’m lucky to have been a part of them.”

Unfortunately for many Australians, initiatives as renowned as Project Walk are hard to come by.

It wasn’t until she was 15 years old that Martin had even considered basketball as something she’d like.

“My mum forced me to go to a come and try day, I didn’t really want to go,” she said.

“She took me, and I really enjoyed it and things worked out from there.”

The ingredients of a positive attitude and fierce competitiveness proved to be the recipe for Martin’s ability to lock up a spot in the Victorian team at 16 years of age.

Her improvement in the sport was exceptional and the very next year she had been selected to represent Australia in the Osaka Cup in 2016.

For a 17-year-old it was a daunting experience having to play with and against some of the world’s biggest and best basketballers on the international stage.

“It used to be intimidating,” she said.

"Back in 2016 when I started going to camps, I was really intimidated, I was probably a bit of a weirdo around some of the players.

“But now I’ve known them for a while and can call them my good friends.”

Martin had suddenly become one of the best in her classification (1.0 point) and many began to take notice.

She won the Wheelchair Basketball Athlete of the Year in 2019 and 2020.

“We had WNWBL (Women's National Wheelchair Basketball League) and nationals in the same year, so it was a really busy year but a lot of fun and a lot of basketball.”

But when asked about her chances of ‘three-peating’ the award she said, “it would be a bit ridiculous.” 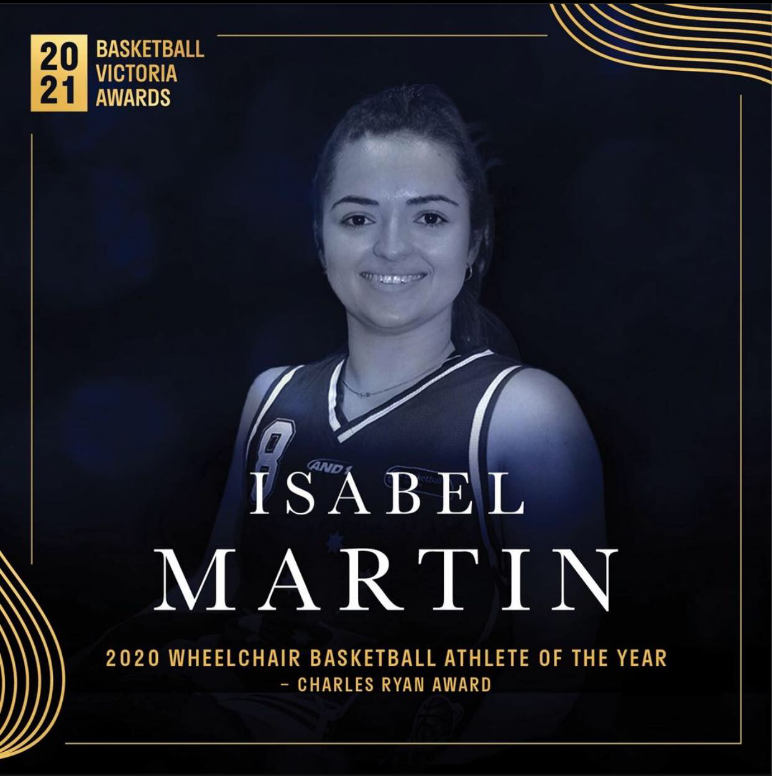 “There's some cool people coming through Basketball Victoria, some new athletes coming through, so I’d be happy to pass the baton,” she said.

Martin played with the Kilsyth Cobras in the WNWBL for several seasons, however, sadly could not participate in 2020 and 2021 due to league shutdowns forced by coronavirus. 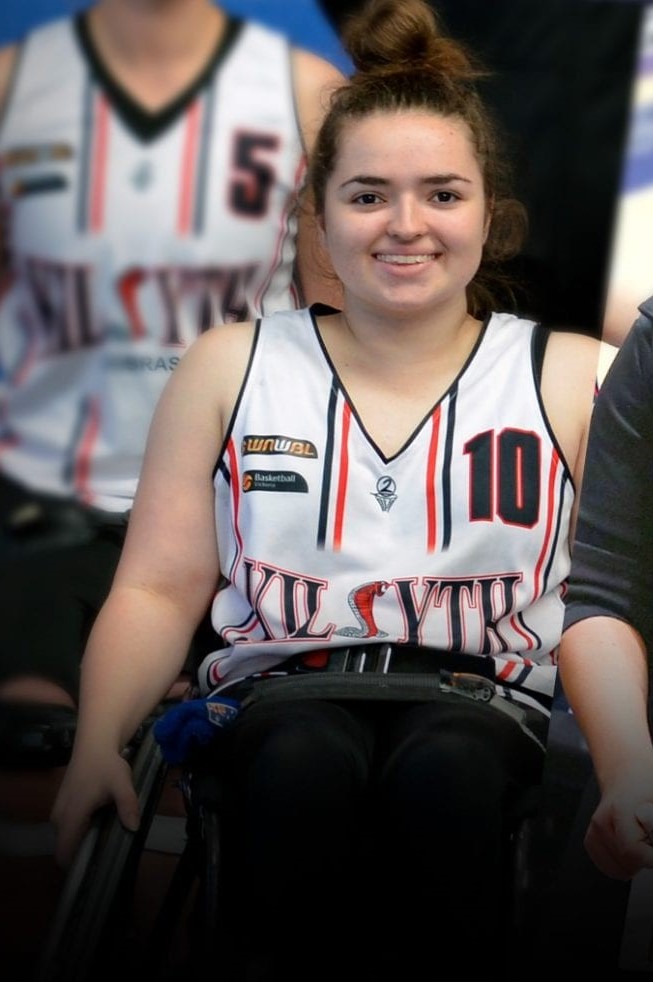 “It was disappointing but at the same time I understand they are in a really tough spot,” she said.

“There’s not a lot of money in the sport and, while I do wish things were better, I understand the situation.

“I’m grateful for how things are, we have it a lot better than other countries, but it would be cool to see the sport grow.”

In the lead up to the Tokyo qualifying tournament, Martin was on the fringe of the Aussie Gliders squad but got thrown a lifeline in the weeks prior.

“There was selection process for the Tokyo qualifying tournament with the senior team… I didn’t make the team but then a player had to drop out, so I got brought in as the emergency,” she said.

Martin proved herself during the tournament and locked up a trip to Tokyo with the national team to compete in the Paralympics.

However, the mental strain of the tournament and selection camps took its toll.

“They made the final decision a month or two before we left for Tokyo which was a bit stressful,” she said.

“I was already crying before my coaches meeting even started, I was pretty sure I was going to get dropped.

“I was just surprised when they said I was going, and happy.”

When comparing it to her previous experiences in the Osaka Cup and the under 25 World Championships, nothing came close to the aura of being a part of the Paralympics.

“It’s bigger in scale, and being around all the different teams, there’s much more of a feeling of being a part of something bigger,” she said.

The team was loaded with nine Paralympic debutants and endured a disrupted lead up to the games due to coronavirus preventing many from attending training camps.

“It was a big build up and then we didn’t get the result that we wanted, so it was a little bit hard to reconcile,” Martin said. 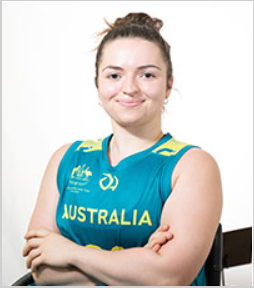 “It’s definitely created some hunger within the team and wanting to do better next time.”

While the team was disappointed with the outcome, in typical Isabel Martin fashion, she kept things in perspective.

“It was a privilege to be a part of the Paralympic team and I’m very grateful,” she said.

“I’m definitely looking at Paris… I’ll put a lot more into it and see where I can get to.”

As for the most memorable advice she received during perhaps the biggest moments of her life, it didn’t come from her teammates or coaches.

“The best advice probably came from my mum (I hate to admit it), she told me it’s important not to get caught up on the outcome and to enjoy the experience.”

We look forward to seeing Isabel continue her upward trajectory and to hopefully see her and her teammates on the podium in Paris in 2024. 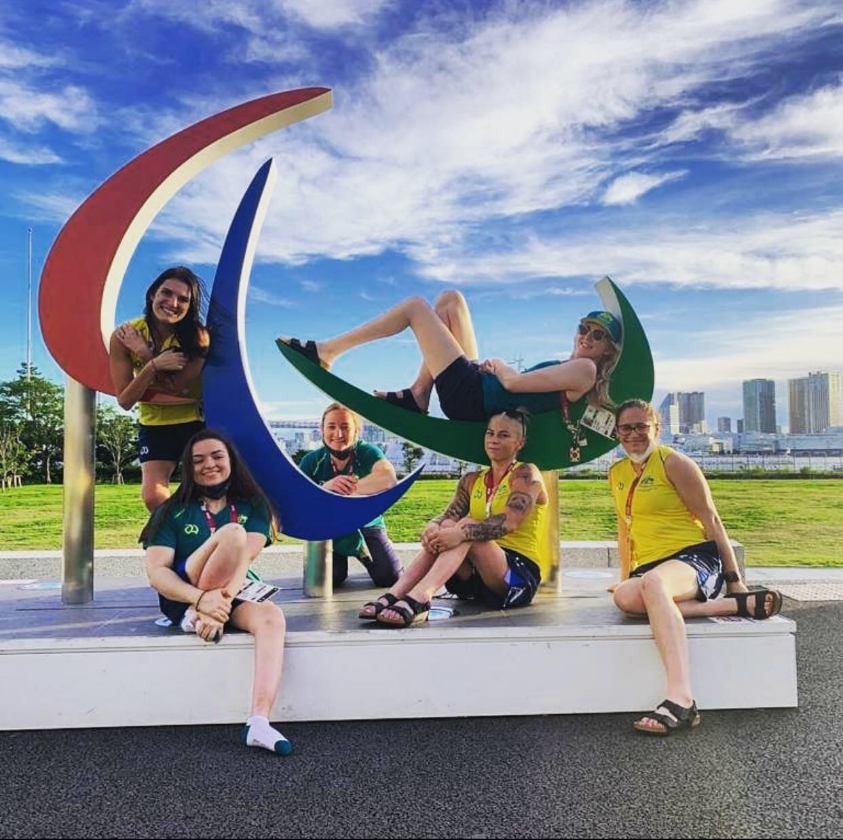