Coronavirus disease (COVID-19) is a current health issue. We are regularly monitoring the most up-to-date information provided by the Victorian Department of Health and Human Services. Find out more.

Australia’s women’s goalball team have taken the next step in their pursuit of the nation’s first ever Paralympic medal in the sport.

After a slow start to their Paralympic campaign, the Aussie Belles have won their last two matches, including a win against the 2018 world champions Russia, at Makuhari Messe Hall on Sunday night.

Meica Jayne Horsburgh scored a hat-trick in the 4-1 win, with Brodie Smith chipping in one goal of her own.

The Aussie Belles were sweating on the result between China and Canada on Monday afternoon, needing China to win to qualify for the quarterfinals.

We wish the Aussie Belles the very best as they take on the 2016 Paralympic champions Turkey, at 2.15pm AEST on Wednesday 1st September.

Goalball is a team sport played indoors by athletes with vision impairment.

The aim is to roll the ball into the opponent’s goal while the opposing team attempt to block the ball with their bodies.

Bells inside the ball are designed to orient the players by indicating the location of the oncoming ball.

Some of our patrons may be familiar with the sport of goalball after it featured as one of the exhibition sports for the Glen Eira City Council Paralympic Sports Day at GESAC in April.

We were lucky enough to witness two-time goalball Paralympian Jenny Blow in action thanks to the Victorian Goalball Association. It was an exciting occasion for all involved.

We look forward to the day we can safely reopen and host more of these wonderful events.
Written by Dylan Smith. Some of our staff enjoyed the opportunity to try their hand at Goalball at the Glen Eira City Council Paralympic Sports Day in April. 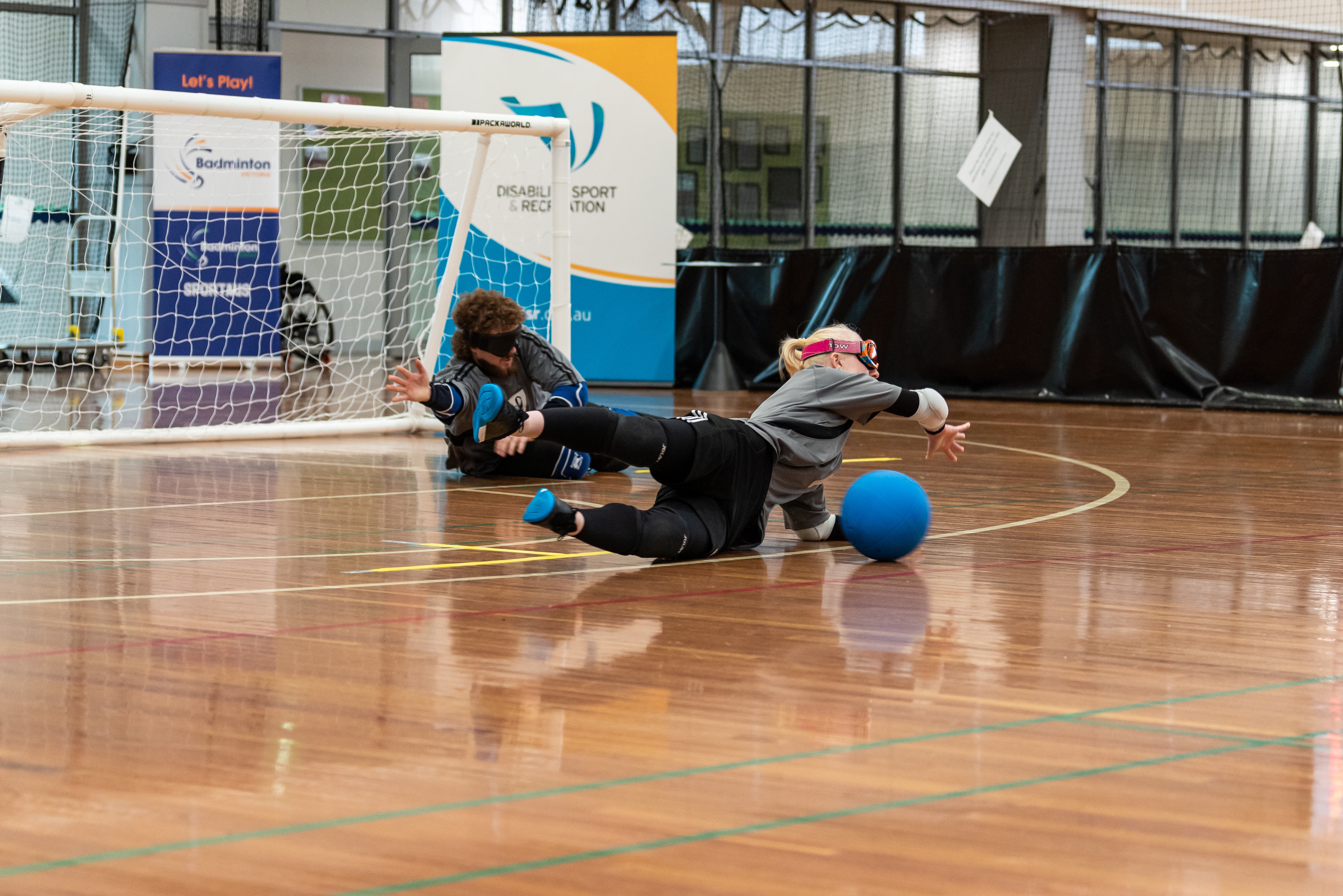 Thanks to the Victorian Goalball Association, goalball featured as one of the exhibition sports at the Glen Eira City Council Paralympic Sports Day. We were lucky enough to witness two-time goalball Paralympian Jenny Blow (pictured above) in action.