Liam Twomey is a para triathlete who regularly trains at GESAC’s facilities and narrowly missed out qualifying for the Tokyo 2020 Paralympic Games.

Two decades ago, a seven-year-old Liam Twomey was diagnosed with Ewing Sarcoma in his right leg and had to undergo more than 10 agonising months of chemotherapy.

The treatment was largely unsuccessful, and the cancer had become too advanced, doctors were forced to amputate below his knee.

Fast forward to 2021 and Twomey is currently ranked as the 14th best para triathlete in the world.

However, his journey up until this point is vastly different to what you would expect from an athlete success story.

During his teenage life, Twomey felt very unsure of himself and was troubled by his own perception of being different from his peers, causing major body image issues.

“I struggled with a lot of identity issues and grief about losing my leg and feeling different,” Twomey said. 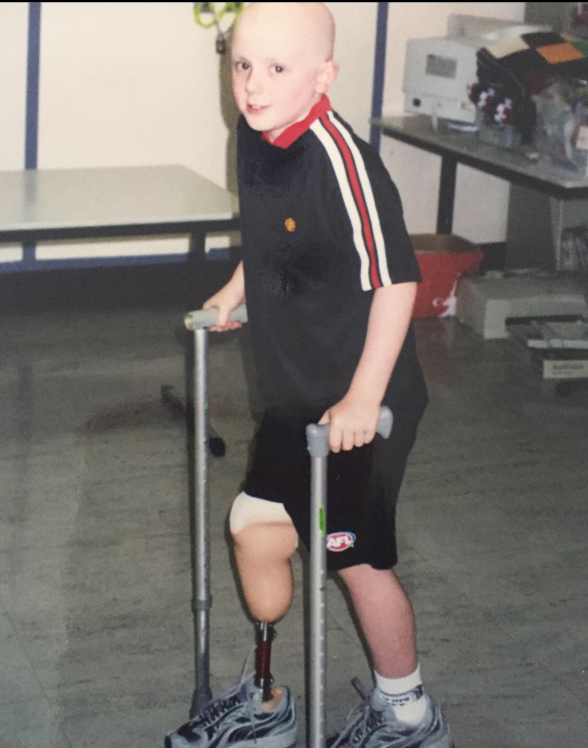 “I now see that most teenagers are going through that in their own aspects.

“I just thought mine was more pronounced and that I had the golden ticket to feeling sorry for myself.”

To navigate his way through his adolescence, Twomey resorted to taking drugs and drinking alcohol to cope with the feelings of grief and frustration.

“I started drinking and taking drugs and it was all I lived for, that was my purpose at that point.

“I very quickly found myself in trouble with the law, with my friends and with my family, I quickly began having less fun and more problems.”

In an attempt to jolt himself into a better lifestyle, Twomey made the drastic decision to move from Melbourne to Sydney at 21 years old.

“I had a lightbulb moment where I realised, I didn’t want to feel regretful, remorseful and guilty anymore – not just to myself but the people around me,” he said. 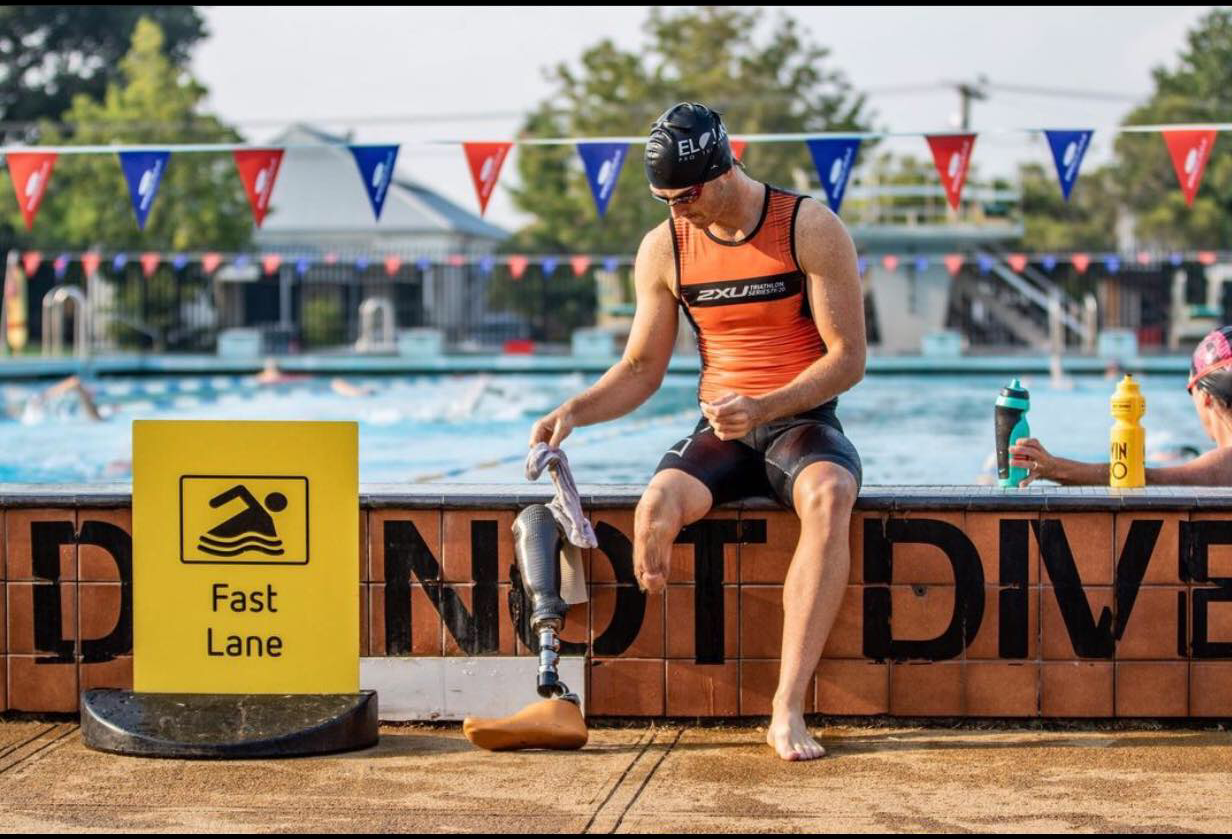 While the main mission was to look after himself, another goal he set while in Sydney was to learn to swim again.

In a matter of months, Twomey felt like he was flying across the water and was ready to compete.

However, by the time competitions came around and despite his success, he failed to find fulfilment from racing.

“Swimming involved a lot of build-up and anticipation for just a 30-second race,” he said.

Twomey decided to shift his focus to triathlons.

He attributed his early interest in the sport to former Australian Paralympian Don Elgin and START’s founding director Kerryn Harvey, who fostered his “farfetched” dream of going to the Paralympics.

“I was pretty motivated to achieve and was surrounded by people who were already high achievers,” he said.

However, there are prices you have to pay to become elite, literally.

“All my prosthetics are 15-20 thousand dollars each, not to mention the top end bike you have to get,” Twomey said.

“There’s a lot more required for para-athletes… we have the challenges of extra costs of equipment, funding, and ability.

“It’s a reason why there’s a lack of depth in para-athletics compared to able bodied sport.” 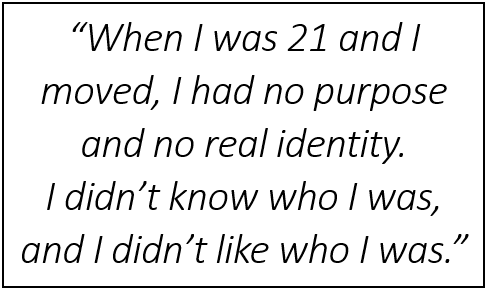 He overcame these challenges and moved back to Melbourne to prepare for the Tokyo games, including swimming in Port Phillip Bay five days a week during Victoria’s lockdowns.

“It was pretty unenjoyable for a lot of it, very cold and miserable but I came to realise, because I was new to the sport, time away from competing and just being able to train was very beneficial to me, so I was willing to make the most of it,” he said.

Ultimately, the unpredictability of lockdowns and the pandemic made it almost impossible for Twomey to make up ground in the world rankings in the lead up to the qualification deadline.

“We were under the impression we could travel overseas but there was no guarantee that races would take place… or you could get sick or be stuck in quarantine,” he said.

“Based on where I was placed and the performances I had to get if the races did go ahead, I realised… there were too many uncertainties and, in the end, it was an easy decision to stay home and look forward to Paris in 2024.”

“I’m lucky to be in a competitive class that I race against, that stretch from eighth to fifteenth are all rubbing shoulders with each other,” he said.

Twomey has his sights firmly set on getting to Paris in 2024 but still believes overcoming his personal battles would be his life’s biggest achievement. 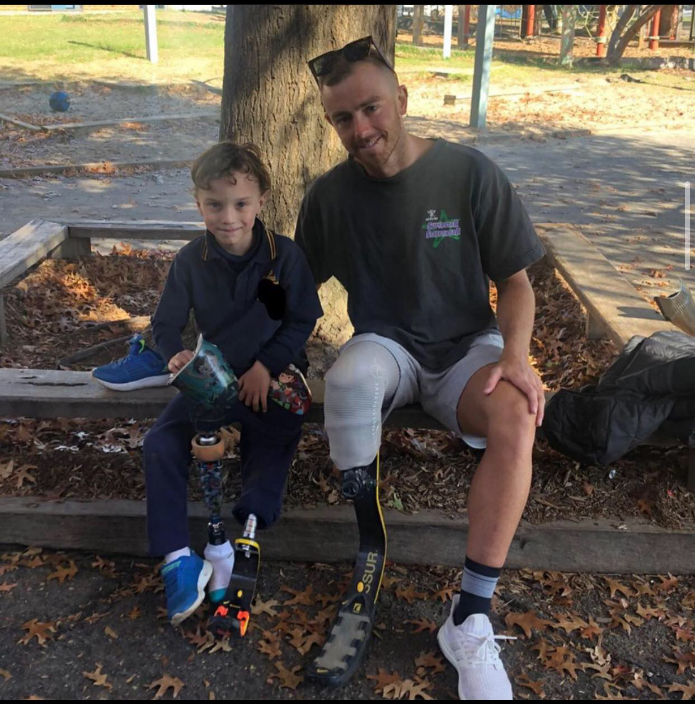 “The personal change I’ve gone through in the past five or six years is a massive thing for me,” he said.

“When I was 21 and I moved I had no purpose and no real identity.

“I have slowly been able to push through that stuff and find what I liked, what I wanted to do and found a lot of purpose in sport.”

Despite being so close to his dream of suiting up at the Paralympics, Twomey finds even more joy in initiatives outside of competition.

He is the inaugural grant recipient and ambassador of the START Foundation, a not-for-profit organisation designed to provide amputees with sporting limbs and adaptive equipment to enable them to achieve their sporting dreams.

The Black Dog Institute, an organisation dedicated to understanding mental health and preventing and treating mental illness is another not-for-profit group Twomey is heavily involved with.

“My life and persona are not defined by who I am as an athlete but what I do outside of that.”

“Being able to engage with kids with or without disabilities, on top of being an athlete and being able to motivate people is really special, and I find a lot of enjoyment out of that,” he said.

Twomey recently overcame a stress fracture in his femoral neck and is aiming to get back to full training very soon.

We look forward to seeing him in the gym and pool at GESAC in the future and wish him the best in his pursuit of  a Paralympic debut in Paris #TeamTwomey. 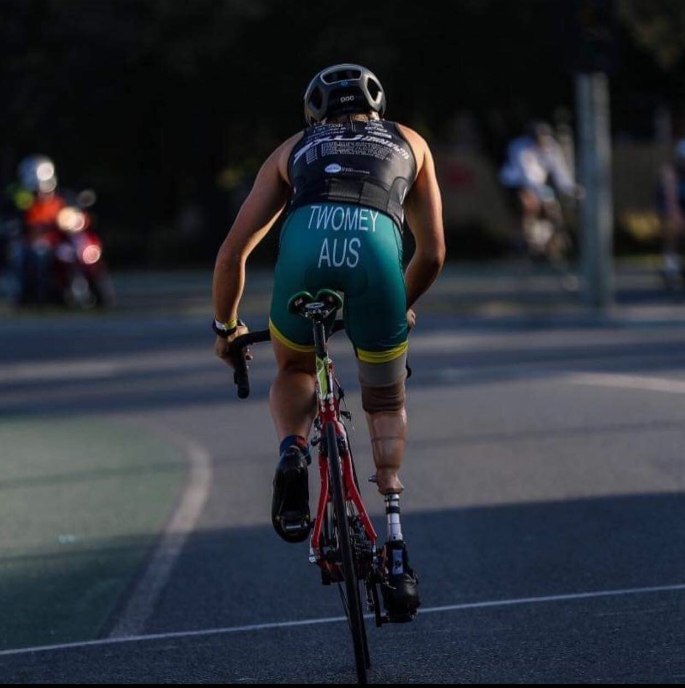 Australia’s women’s goalball team have taken the next step in their pursuit of the nation’s first ever Paralympic medal in the sport.

In the spirit of the Tokyo Olympics we sat down with our very own GEL Olympian to find out more about her journey. Lillian Leal-Ramirez is our Aquatic Programs Supervisor and twice competed as an Olympian for Mexico. Here is what she had to say about the experience: